version originale française
for the images go to the french version

They is with pleasure that this page HTML It opens will be devoted to HuitEnUn, a paper trick. You will appreciate the thing, but do not forget that this publication is made under licence Creatives Commons. This creation is placed at the disposal under a contract contrat Creative Commons.

Of what does act it?

Of a series of foldings and a cut on an unspecified sheet of dimension. In its most accessible form we will say that the sheet is divided in 8 parts, and after fold/cut adequate and setting in volume we will obtain what I call here a basic assembly. The folded sheet takes as a starting point one very small series of image published under FLICKR, but the setting in pleasing volume so that our Anglo-Saxon friends call cheapsterPDA, a small book or booklet. On your search engine preferred you will easily find the mode of folding of this sheet.


Which form has this folding?

I present two drawings to you presenting the assemblies, resulting from the setting in volume:

The first is one limps at rectangular base bottomless:

assembly of limps carree simple
The second is one limps cylindrical bottomless:

limp cylindrical I know, it is not very pretty but I ensure you that if you are more curious you could really benefit from it. The in love ones with "paper" will appreciate.


One will say that this page is a birth certificate maintaining with you to choose or the page remains in this state or you want to know some more... What I will like it is that each one among us monopolizes this form.
At the hour when I write, some achievements are made:
1. a screen small size,
2. a kaleidoscope (principle),
3. a sundial,
4. an adjustable tower,
5. one limps bottomless,
6. a post!
7. a display unit,
8. a whole heap of association of the preceding forms.
Think well that you can print above simply, that you can fold easily. But more extremely still you can associate the preceding assemblies, and build forms ad infinitum. Your imagination will not have then any more of limits.
The unit is thus available in the form of a patent in the course of validation.
Editors of any country do not pass beside this trick.
A drawing moreover: 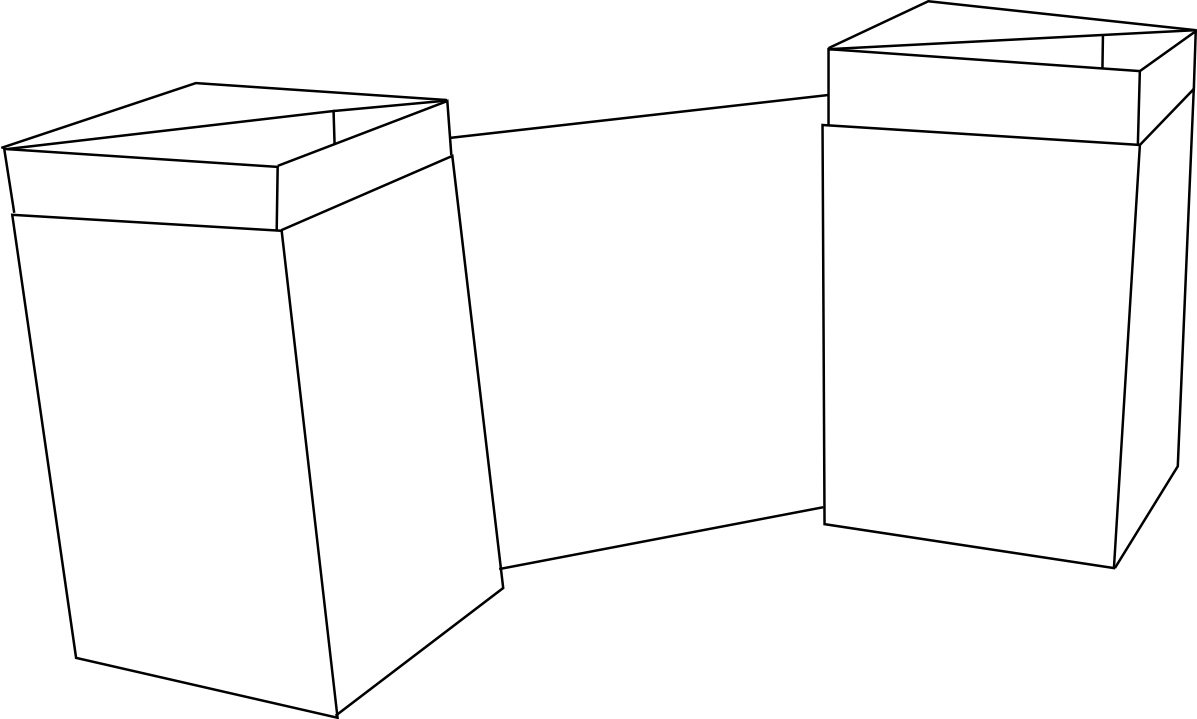 a quite beautiful association
and another: 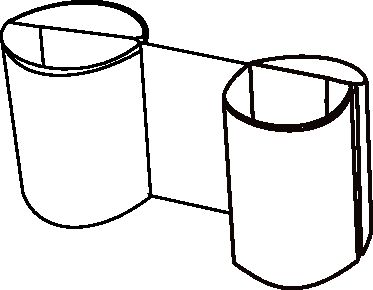 cylinders +
Curious screen, not?
Soon, I will publish you photographs.
With doesn't the fact these small cylinders alone that make you think of a pillar-shaped billboard?
Publicity agents if you pass by there, think of making of your Models!!!
People of the Cinema if you pass by there, think of a film exit with the possibility with three sheets in A4 (!!!) of assembling a decorative object that the happy spectator will be able to have at his place.


Some tracks:
towards to PocketMod or to CheapsterPDAfoldings will bring you towards obtaining a small booklet (8 pages), very practical to note, but also to organize you. My preference in the presentation goes to the second, it is fun and that demystifies the trick.
But how to pass from PocketMod or CheapsterPDA, origami useful...to HuitEnUn ?
(In any case that will not be for today... 05/05/2006)